Look around you. Everything you see came from soil, and one day will return to soil. 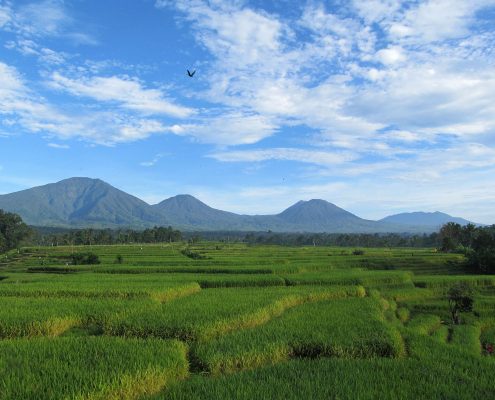 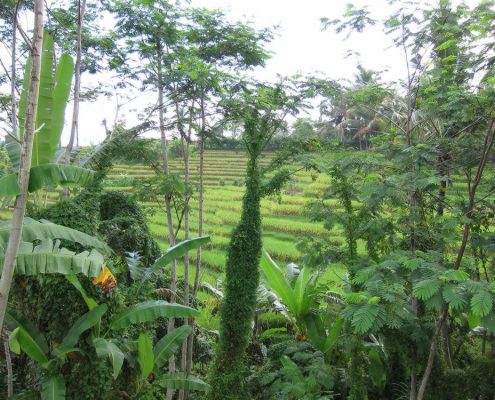 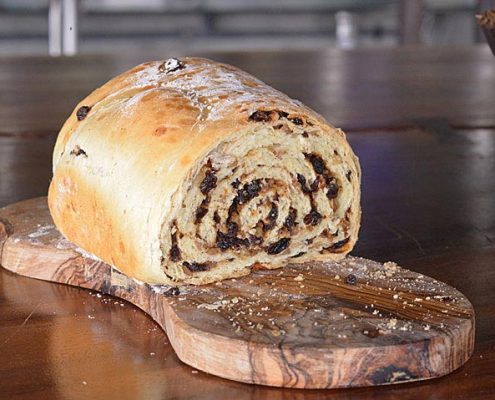 The industrialization of agriculture since World War 2, commonly called the ‘green revolution’, has changed every aspect of our lives. This modern way of food production is credited with saving a billion people from starving. As the way we live and eat continues to change at a fast pace, questioning its sustainability has become critical for humans to thrive as a species on this planet.

Find out why it is important to ask the question, what do I want for breakfast tomorrow? In order to understand the impact and issues around our modern ways of food production, let’s break recent history down into simple steps.

3 major changes that took place over the last century in the way we grow crops:

Here are the outcomes of those 3 changes:

Sound promising? Not until your read the small print. Here are the side effects which give the green revolution an ugly shade of brown:

All 3 points reduce self-sustainability for farmers as they are relying on agro business for supplying their needs.

3 reasons there is no future for the current mainstream agricultural system:

As the world is facing unprecedented ecological challenges today, a call for another revolution is long overdue. 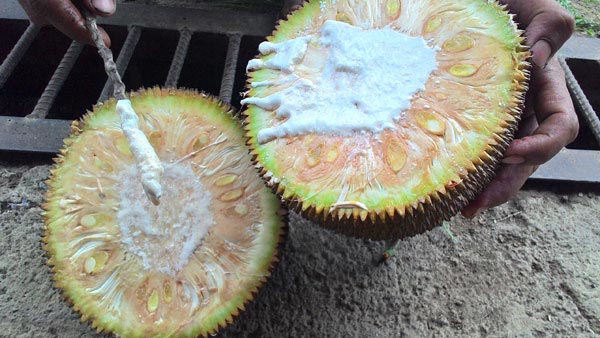 Food for the future. Jack Fruit, the world largest tree fruit. Edible fruit, skin and seed, it provides more calories in carbohydrate and protein per square meter than any other crop. Besides, the trees function as wildlife habitat, rehabilitate soil and provide wood for construction.

The big agro chemical companies such as Monsanto and Bayer are ready to control such a revolution. Aware that conventional business is struggling, they are clear on the direction of agriculture in the years to come.

One way for them to keep hold of the food supply is through genetically modified food. Here’s how it basically works. A company genetically engineers and introduces a new species of plant. Similar to inventions or music, the company patents are secured for the seed with fees and royalties paid by all farmers growing the crop. Even if the genes accidentally end up on a farmers land, through cross pollination and the wind, the farmer can be forced to pay the ‘owner’ of the genetics.

Generally speaking, most consumers are opposed to eating GMO food as research shows its potentially disastrous effects on our planet and our bodies. Big players like Monsanto run ongoing campaigns for laws that don’t require GMO food to be labelled, as well as special trade agreements enabling them to force governments to introduce and maintain their unnatural agro-species.

But what about famine?

It is true that hunger and hunger related disease are a huge challenge to humanity. Every 4 seconds a person dies of hunger related causes. Whilst the modernization has increased amounts of food available, the cause of hunger is not always food shortage. In fact, it’s estimated that we produce twice the amount of food required to feed the world, every day. Up to 60 % goes to waste. The majority of the crops we grown are not for human consumption, but destined as animal feed or bio fuel. It appears that food distribution, waste management and conflict resolution are important factors in our solutions for hunger.

Bottom line. It’s important to understand how the oil, biochemical and pharmaceutical industries are fuelling and controlling the system that determines the quality of the food that feeds the people on our planet. We are at a critical point in time, changes in the way we eat and live are happening at lightning speed and conscious awareness is key in making a contribution to the way these changes are unfolding. 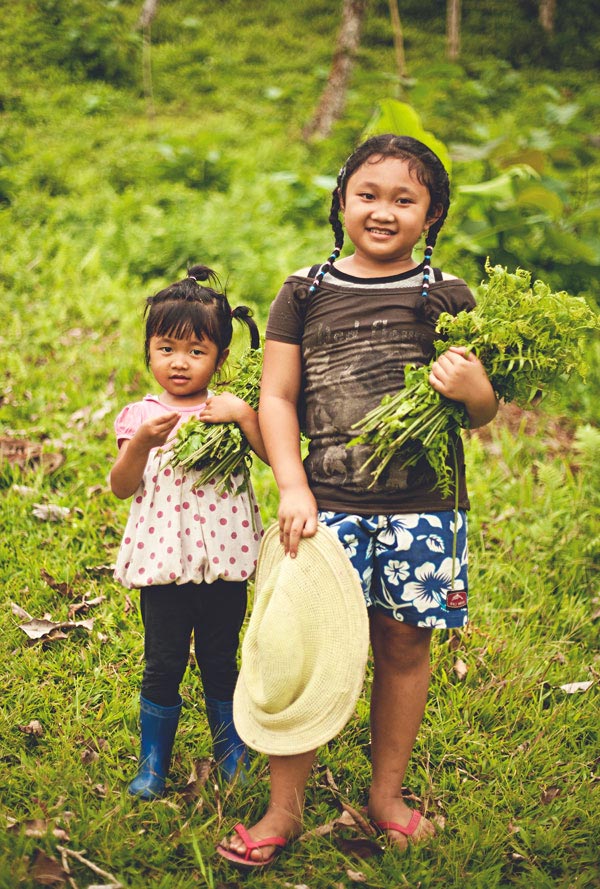 Balinese children foraging for fern tips. Knowledge of wild food is an important asset in a world of rising food prices.

Remember, taking charge of the future of food now determines what we will eat in the near and distant future.

What can I do today?

Contrary to popular belief, we have voice, power and choice in this transformation. Consumer demand is what powers global business and it’s important to take charge.