MEDITATION : This ancient method of physical to spiritual movement is now a globally popular technique for everyone, everywhere, all the time. 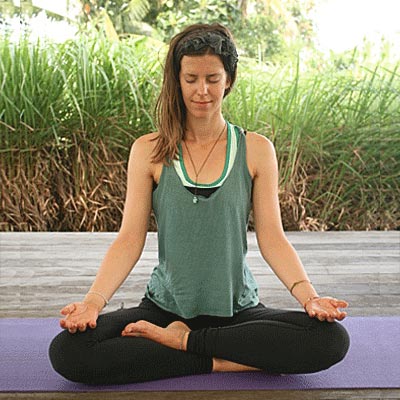 Thanks to the internet, pretty much anyone on the planet – teachers, practitioners, and seekers can easily obtain understanding and develop a yoga and meditation practice which tends to the health and wholeness of our spiritual self. We no longer need to travel by ship for months and archive ancient understandings with decades of research. It’s all easily available and perhaps we are living in the true age of enlightenment due to the ease with which spiritual awareness can be accessed.

A bit of oversimplified history:

What most yoga practitioners don’t know is that the asana movements are designed and intended to prepare us to sit in meditation for long periods of time. These ancient asanas/postures help clear the cobwebs in our minds which have attached us to the past or future. This cleans out the closets of our psychological garbage. I’ve often heard of people bursting into tears when they first begin yoga; the first steps of wiping away the ‘shoulds, woulds, and coulds’ of many many generations in time.

After this ‘clearing’, we can Be in the Moment. Sound simple? About as simple as deciding to run a marathon after jogging for one day of practice. When we’ve become accustomed to being in our mind, it takes a bit of repeated practice, like anything else, to change our habits.

Meditation requires a clean, clear slate of awareness where nothingness is something significant and is consciously intentioned so that we can transition into a state of divine grace, a.k.a. unconditional love.

And then what? What is meditation? What happens? What are the benefits? Why do we want to meditate?

When we surface from meditation, our bills and problems are still there. We continue with our human responsibilities, and our hearts laugh and cry with our human experience, but we’ve been kissed by an unconditional love of a divine source — and we’re a little bit different.

Intention of Intention – In and Out of Retreat